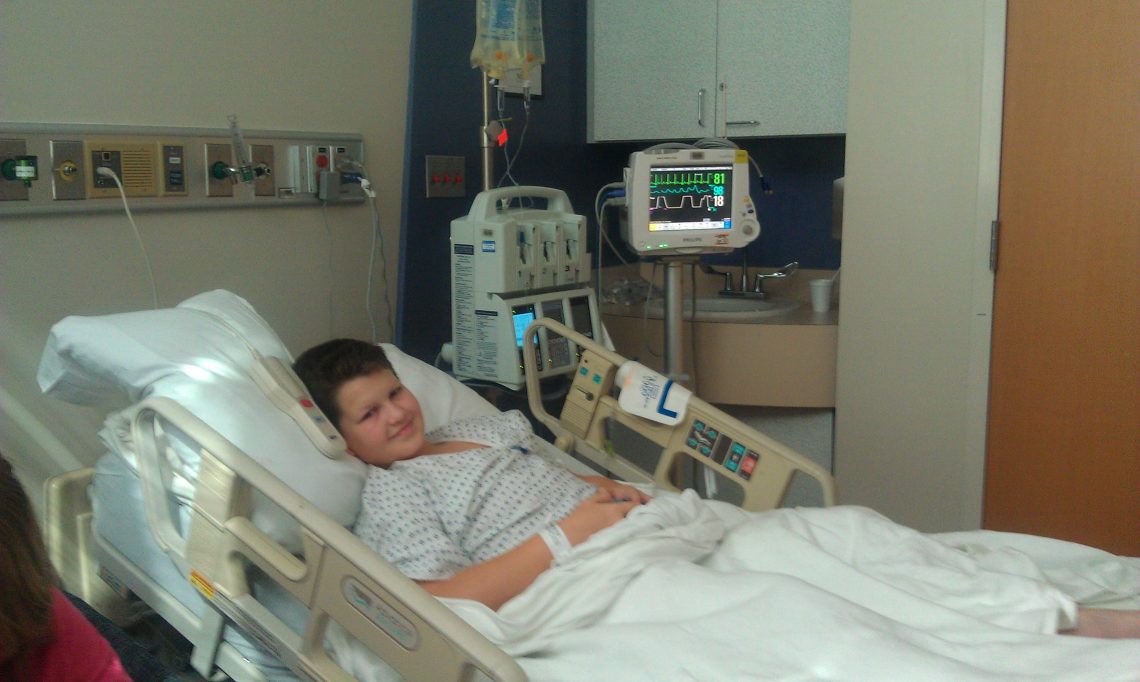 It’s been a long time since I was in bed headed for Sleepytown before 10PM, but last night I certainly was. I was asleep within minutes of my head hitting the pillow. I knew I was tired, but didn’t realize just how much until I awoke this morning. I feel so refreshed and ready to take on the day and defeat the enemy’s plans for today!

A good friend shared this verse on Twitter last week and I prayed it over my family last night (good thing I did it before I laid down or it might not have made it out!) – “When you lie down, you will not be afraid; Yes, you will lie down and your sleep will be sweet.” {Proverbs 3:24} Indeed, it was. God is so good and so faithful. 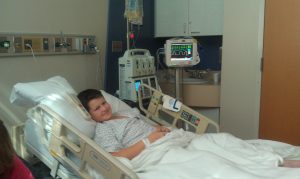 I saw where Holly posted on Twitter (you can follow her @HollyDMurray) that Caleb was hot, but not from a fever. They gave him ice chips and were looking for a fan. Today is the day he starts chemo treatments. We are not sure which track he is on with the clinical trial we are participating in, but we will find out this morning. One will call for most treatments to take place in the hospital with overnight stays. The other will require mostly daily trips to their clinic.

I spoke with the most awesome family physician in the world – Dr. Jerry Lambert – and he is happy for either track that we are on. I trust him as a doctor, but also, as many of you know, one of the wisest men of God I have ever met. I know he doesn’t like attention like that, but he is worth bragging on. He reassured me that we are in great hands and in the right place, and with 134 hospitals participating in this treatment plan for Caleb, many brilliant people will be on the case and we are on the most cutting edge technology and treatments available. My prayer is that God puts us on the right track that we need. He knows which will be best. I do like the thought of being able to sleep in our own beds every night, but the only important thing is what’s best for Caleb. Nothing else matters to me right now. Nothing.

I want to say a word about our faith in God versus the medical community. Actually, there is no “versus.” I was sharing with our music pastor last night when he came to visit about a sermon I heard many years ago from Kenneth Hagin that really changed my life. It was about the steps to answered prayer and praying what the Word of God says and according to His will. He talked about healing and used two illustrations about diabetics that took place many, many years ago. One man was taking insulin shots daily to control his diabetes. He said that he was going to trust God to heal him or die and stopped taking the insulin. Shortly thereafter, he did die.

Another man believed for healing but continued taking insulin. Every time he took a shot, he would say, “Lord, I believe I receive Your healing.” He continued his prescribed treatment but held on to the promise of healing. A few months later, he was in a minor car accident and bumped his chest on the steering wheel (no seatbelts back then). His doctor told him at the hospital that they ran some tests and he wanted him to not take insulin for a few days. That man never took another insulin shot! People in medicine will tell you a pancreas just doesn’t start working again on its own; especially after being dormant for many years. That is unless God heals it. Pastor Steve said that was a perfect example of using our faith along with wisdom.

That is what we are doing. We are going along with the best possible treatment for Caleb and believing that the healing is still coming. In fact, Caleb is already healed. Jesus took care of that on the cross (see previous posts for the references). God is going to do an amazing work, but we are not going to dismiss the steps he has already set before us. Psalm 37:23 says, “The steps of a good man are ordered by the LORD: and he delighteth in his way. ”

I appreciate the comments about our faith and standing strong, but it has nothing to do with me. We are simply believing what God says in His Word. His Word is just as relevant for our lives today as it was when it was written. Most of these verses I know from having read and heard them, but I am having to look up the references on a lot of them. God has a plan for each of us. He has a plan for YOU. He said in Jeremiah 29:11, “‘For I know the plans I have for you,’ says the Lord. ‘Plans to prosper you and not to harm you; plans to give you a hope and a future.'”

He wants to have a relationship with each of us so much that He sent His son Jesus to die for us. There is nothing special about us. God loves you just as much as He loves anyone else alive. You can trust him with every part of your life.

As I continue to read my Bible daily, it is amazing how God keeps sending me to verses that I can use in my battle. When we find a promise, we grab it and confess it and hold onto it. I have a devotional emailed to me daily and today’s Bible reading was Ephesians 2:1-13. I found this little nugget right in the middle in verse 10 – “For we are God’s masterpiece. He has created us anew in Christ Jesus, so we can do the good things he planned for us long ago.”

Here’s how I used this verse in the battle this morning. I prayed something like this – “Thank You, Father, that Caleb is YOUR masterpiece. You formed him; you gave him the amazing gifts he has. And Father, Your Word says here that you have GOOD THINGS planned for him. I’m trusting you to create him anew and make him whole as you said you would so that he can do those good things for Your glory. We know you have a plan for him. Thank You, Lord!”

God said in the Bible that His Word would not return to Him without doing exactly what He sent it to do. That’s why we pray His Word back to Him like that. That is the “rhema” part of the Word – it is alive and working today. Agree with us and stand with us on the Word! Thank you for your love and prayers. Words cannot describe how much they mean to us. Pray for strength and healing today for Caleb as he begins this chemo regiment.

Today’s verse – Ephesians 2:10 “For we are God’s masterpiece. He has created us anew in Christ Jesus, so we can do the good things he planned for us long ago.”

This site uses Akismet to reduce spam. Learn how your comment data is processed.